This year I vow to get out more. And I don’t mean socialising. I vow to spend as much time as possible out-doors in the fresh air, with natural light.

Ethan, Isla and I spent a magical day with my close school friend, Jill, and her three – Eibhlin, Sam and Rosa (also twins – never predicted that one growing up). We managed to while away four relaxing hours at the picturesque Hassop café, most of which was either on the Monsal trail or clambering across the climbing frame (kids – not grown-ups).

The five of them literally chased one another, played made-up games, cycled or scooted for hours while we chatted and marvelled at how happy they all were. No phones. No TVs. No screens whatsoever. Simple fun. Eihblin said it was the best day of her life. Ethan’s told me he loves me four times now – and counting.

And it makes sense. I heard on the radio this morning someone talking about how much natural light we need versus what we actually get. Light’s apparently measured in lux – which relates to illuminance and luminous emittance.

Unsurprising then that most of us are happier out of the office than in. Sunshine might be in short supply in the UK, but we have plenty of daylight – I’ll be spending as much of my time out in it as possible this year.

And I’ll be building time outdoors into all my retreats, starting with my first in January. Bring your boots girls… 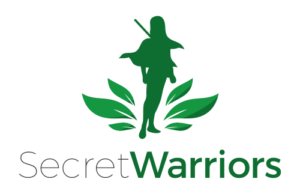